I think this is my new favourite dress.

I’d had this pattern for ages and finally decided to make it for my work Christmas party (yes, this post is a little delayed..).

The dress has a double layered skirt, the underskirt has darts and the overskirt has lots of pleats which gives the dress such a gorgeous shape. It also features a sweetheart neckline (we’ll come back to that), princess seams and a sheer yoke.

I used what was actually a lining fabric for this dress because I loved the design so much, and as the dress is all double thickness I could get away with a thinner fabric. I went for organza for the panels. I was originally going to try chiffon but organza is a bit easier to work with. 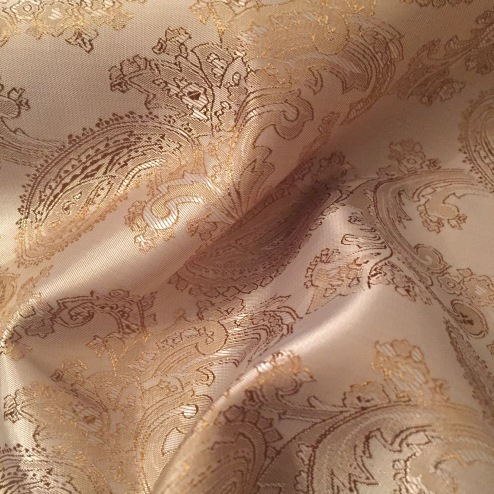 So I’m not going to lie, this was a fairly tricky make! It took quite a lot of work too as the top has interfaced lining and the skirt is double layered. It was so worth the effort though. The whole construction of the skirt isn’t too difficult, so long as you make sure you’ve got the pleats going the right way! The hard bit was the top, and specifically that sweetheart neckline… Nightmare. It was the most fiddly thing ever, trying to sew the organza between the front and lining. Let’s just say it took MANY attempts and a LOT of unpicking, which annoyingly did make a tiny hole in the organza. I’m not sure it’s really visible to anyone but me… but I know it’s there. It probably didn’t help that I was rushing trying to finish the dress the night before the party. I wouldn’t recommend leaving this one to the last minute.

Another more difficult part was cutting out the organza panels, as the fabric moves around so much when pinning and cutting so you have to be really careful. I think I actually used my rotary cutter for this to try and minimise any distortion. You also have to use the main fabric to make the armhole binding and attach this to the organza. I was kinda dreading that stage but it actually went really well – thankfully! As did inserting the invisible zip. Overall I’m pretty happy and amazed at how well this one turned out.

I’m still working on the belt with the bow. I did NOT have time that! Plus it actually doesn’t need it.

So overall, beautiful dress, tricky pattern – but worth the effort!